“With a common goal and passion, we can create breakthroughs quickly” 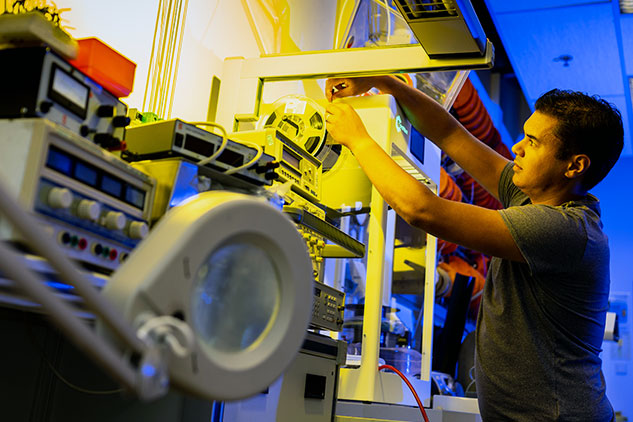 To our engineering teams, the words ‘it cannot be done’ work like a magic charm. They take pride in solving the seemingly impossible. In the interview series ‘Our eureka moment’, engineers talk about these breakthroughs; what challenges did they face and how did they overcome them, together with their colleagues?

His business card says ‘Maintenance Engineer’. But to Joel Vlashof, this is just the simplified reality of a job title; “At the Philips MEMS Foundry, there is a large degree of freedom in shaping your role.” Next to maintenance engineer, he is often involved in equipment engineering, where he experiments with 3D printed prototypes. Outside working hours Joel is a world-famous influencer in jetfighter scale models. Some of the videos on his own miniature F-35 model generated millions of YouTube views. “Much that I learned from this project, I can apply in my job at the MEMS Foundry.”

“Show what you can do” culture

As a Maintenance Engineer at the MEMS Foundry, Joels main responsibility is taking care of the machines that are used in the cleanroom for semiconductor projects; like lithography, etching, bonding of silicon wafers. “What is very typical of how we work together, is that your primary responsibility is not a limitation to what you can do, but the starting point. So for example, if I need a new maintenance tool, I can ask our Equipment Engineers to make it for me, but they are also very willing to support me if I want to build a prototype myself. That is quite unique in engineering environment like ours; we have strong ‘show us what you can do’ culture. We are all in this together; if you have a good idea, you can make it happen.”

“What is very typical of how we work together, is that your primary responsibility is not a limitation to what you can do, but the starting point.”

An example. “One of the methods in our factory is ‘lift-off’. During the lithography phase, structures are created on the surface of silicon wafers, using coating materials. In the next phase, etching, we remove the coating, and this is called lift-off. We actually lift metal parts from the wafers and catch the lifted metal parts in a filter.

Quite recently we decided that the tools and processes used during lift-off could be modernized. I came up with an idea for a tool that would be able to handle the entire process, for different wafer sizes – 6 and 8 inch, which would also make the work of the operator much easier. We sat together with the operator, a process engineer and my manager and decided to create a 3D printed prototype. This quickly convinced everyone at the table that this was the right tool and within no-time our colleagues at another department developed the actual lift-off tool for us. We had fixed a challenge in no-time putting our heads together and working on the solution as pragmatic as possible.” 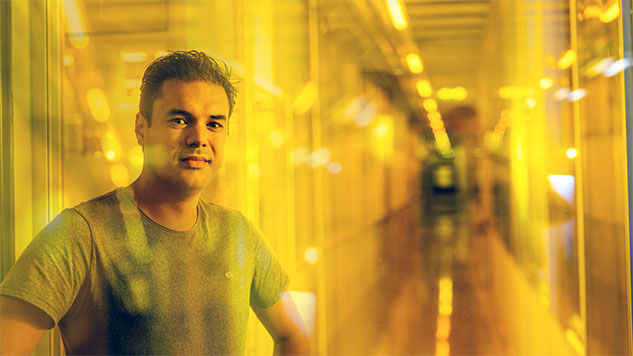 Breaking things to find out how they work

Joels entrepreneurial, problem-solving attitude has been present since he was a kid. “My parents often got mad at me because I used to break things to find out how they worked.” The epiphany that would determine his technical development happened when he and his parents incidentally came past a model airport during a family stroll.

His parents decided to buy an airplane model for little Joel: “That was awesome at first but got boring soon. It had to go faster, and better.” After flying model stunt airplanes, Joel experimented with jet fighters, turbine engines and helicopters. His latest project is what made him famous amongst fellow scale model fans all over the world: he built his own F-35, the first jet fighter that can take off and land vertically.

“The problem with airplane models is that their wheels are too small, so they easily brake during landing. That is why I was keen to build a model that could take off and land vertically.” He both created a model of the legendary Harrier Jump Jet – developed in the 1960s and allegedly used by Neil Armstrong to practice the moon landing – and the modern F-35, also known as the Joint Strike Fighter. Top speed: 280 km/h.

He never intended to be influencer; it was by chance that millions of viewers found his home-made models on YouTube. “When I tested my models, I always needed video footage that I could watch afterwards to further improve their performance. So I asked my girlfriend to film these test flights. There wasn’t enough storage space on her smartphone, so we created a YouTube channel just to be able to upload the videos immediately and delete them from the phone’s memory. One day I got an e-mail from Google; it appeared that my videos had generated so many views that they were interested in advertising on my channel.”

In hindsight, that moment meant the vertical launch of his career as an influencer; his follower-base grew exponentially, he got invited to use an actual F-35 stimulator and his miniature model was used on stage by the Dutch Minister of Defense during a keynote presentation on stage. 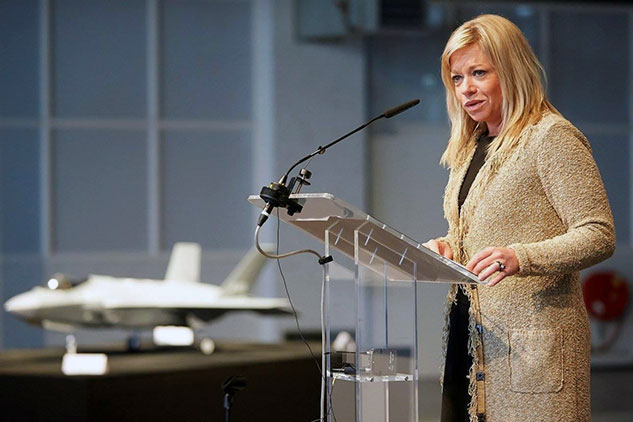 The learnings from his model engineering adventures can often be applied at his work at Philips – including 3D printed prototypes. “Our machine park is really amazing and every day we make it even better, by innovating together. For example, our colleagues at the wafer bonding cluster asked for a solution to measure the strength of bonds – multiple wafers bound together. Apparently, there are no tools to do that. Yet.

So we designed one of our own; again, with the help of a 3D printer. The synergy between different departments of the organization is a great example of what we can do to make things happen; together with the operations team we are now preparing the tool to be used in our operations.”

“Our machine park is really amazing and every day we make it even better, by innovating together.”

Joel continues: “What I Iike about Philips; we are not only capable of developing our own tools, but we also improve our own processes.

In my experience you can often achieve breakthroughs like these quite quickly. What you need is a common goal, and passion. If everyone is committed to step in, we can make it happen.”

How can we turn trash into treasure? The architecture drivers for a circular economy ›
November 15, 2022
Six questions that are often overlooked in supply chain strategies ›
October 27, 2022
Success Science, the secret ingredient for innovating services ›
October 18, 2022
More news ›
Share on: