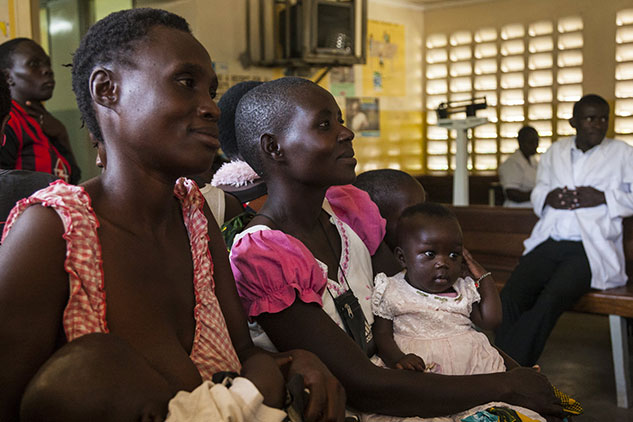 When the Philips Foundation recognized the need to train budding Kenyan entrepreneurs in the art of translating innovative medical device technology into products and services that would benefit Kenya’s population medically and economically, it called on the support of willing volunteers at Philips Engineering Solutions and Philips Research Africa.

The training was provided over two years in the Nairobi ‘Maker Space’ – a partnership between the Philips Foundation and UNICEF, set up to accelerate the innovation of health-care equipment in Kenya. One of the Maker Space projects is the Maternal and Newborn Health Innovations Project.

How did you get involved in the project?

Aly Syed: “We were contacted in 2017 by the Philips Foundation to provide training for the Maker Space project, the idea being that we would teach young entrepreneurs how to develop medical devices locally in Kenya. Each year the training lasted five days. I taught system architecting and how to build a system that meets local user needs. Roel dealt with project management, team building and developing a market value proposition. We took the participants to a hospital to show them the environment in which equipment is used, and then focused on incubators for newborn babies to illustrate how medical equipment could be redesigned to meet local needs.”

Roel Berkhout: “We tried to make the training very Africa specific. So wherever possible, we used examples of products specifically designed for the African market. And where we didn’t have the necessary local knowledge, for example, about qualifying medical equipment in Africa, we brought in local experts. We also invited entrepreneurs working in Africa to show the students some examples of what can be done and that you can be successful in making products there.”

What did you think of the quality of the students on the course?

Roel: “Compared to similar classes we’ve run in Europe, they were in some ways more entrepreneurial. They really wanted to make things happen. I think one of the biggest challenges for them was starting with medical products, because there are so many regulations involved in designing them. Nevertheless, I think it went very well, because in the second year there were examples of things that had been designed the year before, where many of the learnings had been applied.”

Aly: “I agree. The results of the first year were truly impressive. For example, a vacuum pump for clearing the airways of newborns went to the hospital for trials and the hospital was so enthusiastic about it they didn’t want to give the prototypes back. Given that the students were working in a resource-scarce setting, they were very creative in coming up with new ways of doing things.”

What did you learn yourselves from working in this low resource setting?

Aly: “For me personally, it was realizing that in places like Africa high-tech doesn’t always work. For example, there was a room in the hospital where high-tech equipment seemed to be awaiting repair parts that are difficult to come by in Africa. Furthermore, equipment developed for Europe often includes sophisticated auxiliary functions that can be difficult to repair in Africa. So one-size-fits-all solutions don’t always work. You have to take the local conditions into account when designing a system. For example, in Europe we take it for granted that if you open a tap water comes out. But in Africa sometimes you open the tap, and there is no water.”

Roel: “In many cases broken equipment meant there was just a wheel, catch or wire missing, the sort of thing you would have thought was easy to fix. But when we started asking questions, they’d say ‘It’s coming from Europe, it’s a government budget and it’s finished for this year. Only after that will we get new parts.’ So by getting the students to think about design for maintenance – for example, using locally available components or building things out of steel instead of high-tech aluminum – the equipment they designed could be maintained locally. And by sourcing the parts locally, you also create local employment.”

What do you think are the biggest challenges for these entrepreneurial ‘Makers’ in Kenya?

Aly: “In addition to designing and making things, I think they definitely needed to understand more about how to bring them to market. There is a lot to do before you start designing something but there is also a lot to do for the whole life cycle of your product. For example, there’s a supply chain to set up, a business model to create, and learning how to play in the market.”

Roel: “The other big challenge is that investment in medical equipment is very much tied to governance, standardization bodies and decision-makers. So I think the early involvement of investors in a way that is attractive for both the investor as well as for the potential entrepreneurs would be highly valuable. However, some of them were afraid that if they got in touch with people with money, the rich guys would run away with their idea. You need to establish good intellectual property governance and a strong investment ecosystem to overcome these fears.”

Was there a sense among the students that they were changing the system from within?

Roel: “There were quite a few of them who initially said, ‘My priority is to come up with an interesting product, bring it to market and make a living out of it.’ But then during the course they realized that they could really make a difference to people’s lives.”

Aly: “I think the students realized they could help to serve local needs, but they need an infrastructure to help them do it. They see the importance of their work and they get positive feedback from the health professionals. I think they will change things from within, albeit slowly, but their steps are definitely in the right direction.”

During the two years they supported Maker Space, Roel Berkhout and Aly Syed worked with strategic partners, including Concern Worldwide, the Kenyan Ministry of Health, Gearbox, the University of Nairobi and Kenyata National Hospital, to achieve local innovation via promising medical devices to improve the health of mothers, newborns and children in Kenya.

Read the full press release on how Philips Foundation, Philips and UNICEF enabled innovation in Kenya’s mother and child care at UNGA 75 ›