This global temperature control of the coolant limits the performance:

Local temperature control of fluid streams have been investigated internally at Philips Engineering Solutions. In the setup water with a 0.1K accuracy is supplied to a control unit that comprises of an in-house developed feedforward and feedback sensor and a heater. 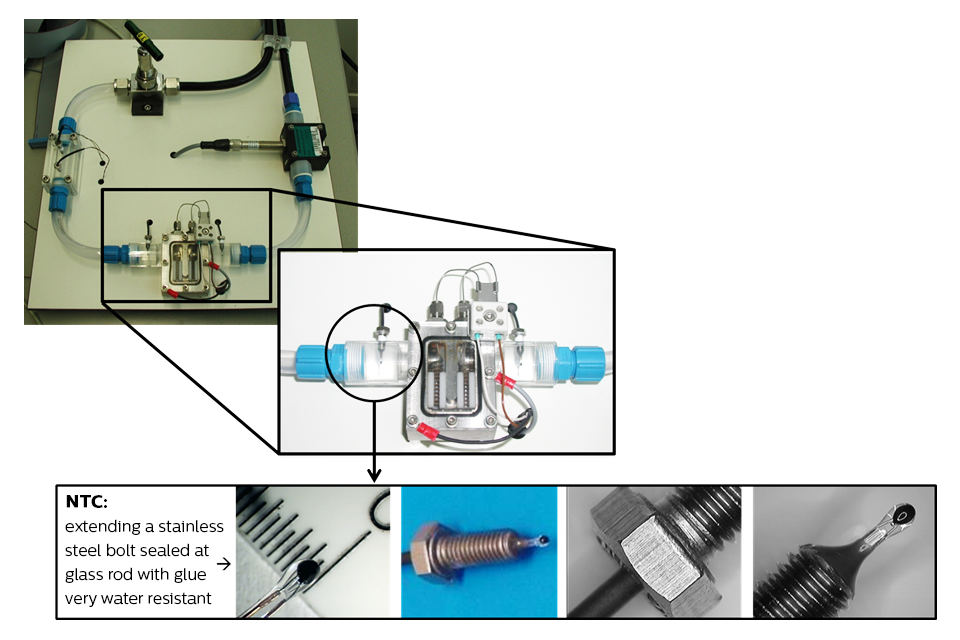 The system is investigated computationally via lumped-mass models, in which the coolant flow can be modeled via mass transport links. As such the relatively simple lumped-mass model allows for accuracies close to that of Finite Element Analysis (FEA) and Computational Fluid Dynamics (CFD) models.

The lumped-mass model, set up in the state-space formulation, allows for application of standard control theory. As such dedicated control laws (considering desired performance specifications) can be devised to control the outgoing water temperature of the control unit.

Comparison of the computational simulations and measurements performed show a good correlation:

Application of the model-based controller to the experimental setup then leaves the desired performances (compromises between low noise level and quick response to setpoint changes need to be made):

As such much better stability level of the water leaving the control unit (TFB) can be achieved compared to the water going in (TFF). Note that (dependent on the desired performance) the noise level in specific frequency ranges can be minimized.